SlimJim from The Domain For Truth continues with part 8 of his Assurance of Salvation series.  While reading through his outline, I was reminded of Walter Marshalls’ The Gospel Mystery of Sanctification (pdf version here).  In this day and age of easy believism where anyone who “walks the aisle” is a Christian, I can’t help but be confounded how a holy God, an almighty Deity, seems to have so little changing power in the lives of many of those who call upon His name.

The Lord is not at all loved with that love that is due to Him as Lord of all, if He is not loved with all our heart, spirit and might. We are to love everything in Him, His justice, holiness, sovereign authority, all-seeing eye, and all His decrees, commands, judgements, and all His doings. We are to love Him, not only better than other things, but singly, as only good, the fountain of all goodness; and to reject all fleshly and worldly enjoyments, even our own lives, as if we hated them, when they stand in competition with our enjoyment of Him, or our duty towards Him. We must love Him as to yield ourselves wholly up to His constant service in all things, and to His disposal of us as our absolute Lord, whether it is for prosperity or adversity, life or death. And, for His sake, we are to love our neighbor – even all men, whether they are friends or foes to us; and so do to them in all things, that concern their honor, life, chastity, worldly wealth, credit and content, whatever we would that men should do to us in the like condition (Matt. 7:12). This spiritual universal obedience is the great end to the attainment of which I am directing you. And, that you may not reject my enterprise as impossible, observe that the most I promise is no more than an acceptable performance of these duties of the law such as our gracious merciful God will certainly delight in and be pleased with during our state of imperfection in this world, and such as will end in perfection of holiness and all happiness in the world to come.

So, click the link below and head on over to The Domain For Truth and ask yourself some of the questions that SlimJim poses.

Assurance of Salvation Part 8: Questions to examine ourselves Part 2

I have also included links the the first 7 parts in case you might have missed any of them.

Assurance of Salvation Part 7: Questions to examine ourselves Part 1

Assurance of Salvation Part 6: Do you understand the Gospel?

Assurance of Salvation Part 5: Christians can Know that they are saved

Assurance of Salvation Part 4: Objections to Perseverance of the Saints

Assurance of Salvation Part 2: Foundation for Perseverance of the Saints.

Assurance of Salvation Part 1: Why study on the topic of Christian assurance?

I made the first post on Assurance a little over a week ago and you can read it here.  Continuing the series are two new posts by SlimJim on a Christians assurance and they can be found at the following two links.

Assurance of Salvation Part 4: Objections to Perseverance of the Saints

Christian, how do you know you will still be a believer when you wake up in the mornin 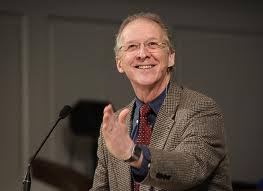 g? And every morning till you meet Jesus?

The biblical answer is: God will see to it.

Are you okay with that? Does this make you uneasy, admitting it depends decisively on God?  I hope it is your joy and song. It really does have huge implications to believe this. Let God’s word shape your mind on it.

We must endure in faith to enter heaven.

By itself “must” is not a gospel word. By itself it feels threatening and burdensome. But it is not by itself in the Bible. “We must” occurs along with “he will” and “we will.” “We must” becomes “we will” because “God will.”

God will see to it.

Enduring in faith is not owing to our first profession of faith the way health is owing to a one-time vaccination. Enduring faith happens because the great physician does his sustaining work every day. We keep believing in Christ not because of antibodies left over from conversion, but because God does his life-giving, faith-preserving work every day.

We will endure in faith.

Because God will see to it, we will — not just must — endure to the end. If we have been justified by faith, we will be glorified. It is as good as done.

We relinquish the burden of self-preservation. We stop thrashing and let the firefighter carry us out of the burning house. We can’t make it. He can. He will. “It is not in man who walks to direct his steps” (Jeremiah 10:23).

Does your heart not echo the joy of Charles Spurgeon when he said, “O dear friends, one’s heart rejoices to think of those potent shalls and wills — those immoveable pillars which death and hell cannot shake — the shalls and wills of a God who, ‘speaks and it is done’” (The Metropolitan Tabernacle Pulpit Sermons, Vol. IX (364). “He who calls you is faithful; he will surely do it” (1 Thessalonians 5:24).

“Come to me, all who labor and are heavy laden, and I will give you rest” (Matthew 11:28). The yoke is easy and the burden is light because God says: I will carry you and you will rest on me. “Even to your old age I am he, and to gray hairs I will carry you. I have made, and I will bear; I will carry and will save” (Isaiah 46:4).

If you know your future is secured by your omnipotent, ever-keeping God, the threats of earth and hell cannot stop you from spreading his fame. The inference Paul drew from, “Those whom he justified he also glorified,” was, “If God is for us, who can be against us?” (Romans 8:31). Therefore, we will risk “tribulation, distress, persecution, famine, nakedness, danger, and sword” (Romans 8:35). Because nothing can separate us from the love of God in Christ (Romans 8:39).

The 3 Transfers in Romans 5 – A sermon by John Samson that discusses the vital theme of Federal Headship.

Under the Minarets – A time lapse video

Our knowledge does not limit God because (1) it is grounded in him, (2) can only exist through him, and (3) especially has as its object and content God as the infinite One.

THE SECRET OF FAILURE

A SERMON INTENDED FOR READING ON LORD’S-DAY, MARCH 1, 1896.
DELIVERED BY C. H. SPURGEON,
AT THE METROPOLITAN TABERNACLE, NEWINGTON,
ON THURSDAY EVENING, FEBRUARY 25, 1886.

“Then the disciples  came to Jesus privately,  and said, Why could we not cast it out? So Jesus said to them, Because of your unbelief: for verily I say unto you, If you have faith as a grain of mustard seed, you shall say unto this mountain, Move from here to there and it shall move; and nothing will be impossible for you.  However, this kind does not go out except by prayer and fasting.” Matthew 17:19-21.

“And when He had come into the house, His disciples  asked Him privately,  Why could we not cast it out?  So He said to them, This kind can come out by nothing but prayer and fasting.” Mark 9:28, 29.

I put these two texts together  for this reason. Those of you who are acquainted with the Revised Version know that the 21st  verse in the 17th  chapter of Matthew is left out. There seems to be little doubt that it was inserted in certain copies by persons who thought that it ought to be there because it was in Mark’s narrative.  It is put in the margin of the Revised Version, but it is left out of the text. It is, therefore, very satisfactory to find that the omission from Matthew’s account makes no real difference

because we have the words in the 29th verse of the 9th of Mark, “This kind can come forth by nothing but by prayer and fasting.” Only there is this fact to be noticed—in the Revised Version this verse runs, according to Mark, “This kind can come out by nothing,  save by prayer.”  Whether the fasting was originally there, or not, I cannot tell, but putting together the two accounts in Matthew and Mark, we believe we have a full and true report of what the Master did actually say on this occasion.

I. Observe then, dear Friends, at the outset, without any further preface, that WE MAY BE THE SERVANTS OF GOD AND YET WE MAY OCCASIONALLY BE DEFEATED.  Those nine disciples who remained at the foot of the mountain when the Savior took the other three to behold His Transfiguration,  had, each of them, a true commission from the Lord Jesus Christ. They were nine of His chosen Apostles. He had elected them in His own good pleasure and there was no doubt about their being really called to the Apostleship. They were not only elected, but they were also qualified, for on former occasions they had healed the sick, they had cast out devils and they had preached the Word of Christ with great power. Upon them rested miraculous influences and they were able to do great wonders in the name of the Lord Jesus Christ—they  were not only qualified to do this, but they had actually performed many marvels of healing.

When they went forth,  girded with Divine power, they healed the sick and cast out devils everywhere, yet, END_OF_DOCUMENT_TOKEN_TO_BE_REPLACED

Sharing my faith in 140 characters or less.