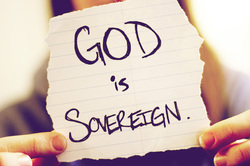 No doctrine is more despised by the natural mind than the truth that God is absolutely sovereign. Human pride loathes the suggestion that God orders everything, controls everything, rules over everything. The carnal mind, burning with enmity against God, abhors the biblical teaching that nothing comes to pass except according to His eternal decrees. Most of all, the flesh hates the notion that salvation is entirely God’s work. If God chose who would be saved, and if His choice was settled before the foundation of the world, then believers deserve no credit for their salvation.

But that is, after all, precisely what Scripture teaches. Even faith is God’s gracious gift to His elect. Jesus said, “No one can come to Me, unless it has been granted him from the Father” (John 6:65). “Nor does anyone know the Father, except the Son, and anyone to whom the Son wills to reveal Him” (Matt. 11:27). Therefore no one who is saved has anything to boast about (cf Eph. 2:8, 9). “Salvation is from the Lord” (Jonah 2:9). . . .

Paul anticipated the argument against divine sovereignty: “You will say to me then, ‘Why does He still find fault? For who resists His will?’” (v. 19). In other words, doesn’t God’s sovereignty cancel out human responsibility? But rather than offering a philosophical answer or a deep metaphysical argument, Paul simply reprimanded the skeptic: “On the contrary, who are you, O man, who answers back to God? The thing molded will not say to the molder, ‘Why did you make me like this,’ will it? Or does not the potter have a right over the clay, to make from the same lump one vessel for honorable use, and another for common use?” (vv. 20, 21).

Scripture affirms both divine sovereignty and human responsibility. We must accept both sides of the truth, though we may not understand how they correspond to one another. People are responsible for what they do with the gospel—or with whatever light they have (Rom. 2:19, 20), so that punishment is just if they reject the light. And those who reject do so voluntarily. Jesus lamented, “You are unwilling to come to Me, that you may have life” (John 5:40). He told unbelievers, “Unless you believe that I am [God], you shall die in your sins” (John 8:24). In John chapter 6, our Lord combined both divine sovereignty and human responsibility when He said, “All that the Father gives Me shall come to Me, and the one who comes to Me I will certainly not cast out” (v. 37); “For this is the will of My Father, that everyone who beholds the Son and believes in Him, may have eternal life” (v. 40); “No one can come to Me, unless the Father who sent Me draws him” (v. 44); “Truly, truly, I say to you, he who believes has eternal life” (v. 47); and, “No one can come to Me, unless it has been granted him from the Father” (v. 65). How both of those two realities can be true simultaneously cannot be understood by the human mind—only by God.

Above all, we must not conclude that God is unjust because He chooses to bestow grace on some but not to everyone. God is never to be measured by what seems fair to human judgment. Are we so foolish as to assume that we who are fallen, sinful creatures have a higher standard of what is right than an unfallen and infinitely, eternally holy God? What kind of pride is that? In Psalm 50:21 God says, “You thought that I was just like you.” But God is not like us, nor can He be held to human standards. “‘My thoughts are not your thoughts, neither are your ways My ways,’ declares the Lord. ‘For as the heavens are higher than the earth, so are My ways higher than your ways, and My thoughts than your thoughts’” (Isa. 55:8, 9).

We step out of bounds when we conclude that anything God does isn’t fair. In Romans 11:33 the apostle writes, “Oh, the depth of the riches both of the wisdom and knowledge of God! How unsearchable are His judgments and unfathomable His ways! For who has known the mind of the Lord, or who became His counselor?” (Rom. 11:33, 34).

Sharing my faith in 140 characters or less.